Hewlett-Packard. Facts you wish you knew 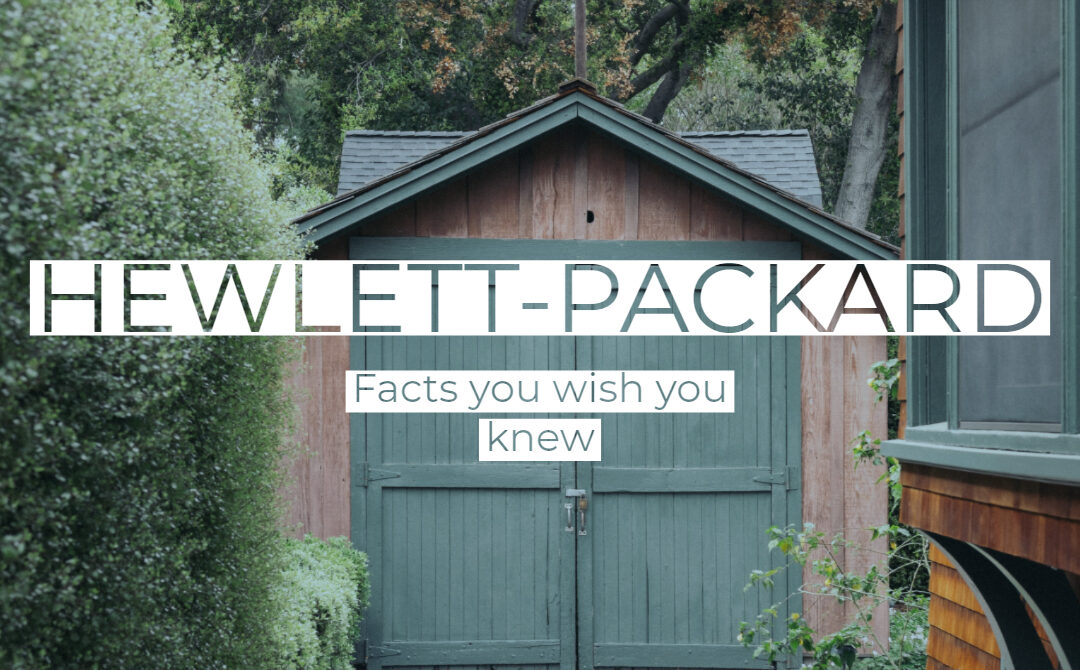 Who doesn’t know Hewlett-Packard? The worldwide renowned company has deep roots in the tech industry. Even if right now HP is well known for their printers and PC production, in the beginning they also focused on audio oscillators. Their audio equipment was used by Walt Disney in the creation of the movie ‘Fantasia’.

Doesn’t it sound interesting? Well, that’s not all to know. Read on some of the most amazing facts about Hewlett-Packard.

HP’s journey in the tech market started on January 1st, 1939, in a one-car garage, somewhere in Palo Alto, California. At first, the company was producing a line of electronic test equipment. The initial capital investment of Hewlett-Packard was on only $538.

Can you imagine? Its name could have easily been PH instead HP… When deciding the name of the company they were founding, William Redington Hewlett and David Packard knew for sure they wanted their surnames on the company’s logo, but they could not decide who should go first. Therefore they left it for the fait to decide. They tossed a coin to choose whether the business would be called Hewlett-Packard (HP) or Packard-Hewlett (PH). It is needless to say who won the competition.

In 1955, Hewlett and Packard bought a parcel of land one hour away from Palo Alto – Little Basin. They built a recreation area that could accommodate 2.000 people at the same time. Employees and their families could use the Little Basin for camping and especially for company picnics.

Little Basin added value to the company’s culture and motivated their employees more than the annual bonuses.

One of the main purposes was to make the working life as enjoyable as possible for all the businesses’ employees. In the 1970’s, HP was the very first company in the United States to offer flexible work agreements. Later on, in 1994 Hewlett-Packard was among the first business to encourage telecommuting.

If in nowadays the Friday bars are not so surprising in a company, the concept was started back in the 1940’s by HP; only back then it was called Beer Bust.

The Beer Bust Fridays was implemented during the war in order to let the employees blow off some steam after and exhausting week of work.

Back in the mid-1970’s, HP was given the chance to buy some of the initial inventions of Steve Wozniak and Steve Jobs from Apple Computer, but rejected the offer.

In 1970’s, Wozniak was a Hewlett-Packard employee, but on his off hours he worked on what became Apple I. Steve tried to make his idea a HP product five times, but was rejected every time.

We hope that our article gave some new information about HP, one of the biggest players in the tech industry.

HNAS offers innovative solutions from Hewlett-Packard (HP), which is one of the largest and oldest manufacturers of IT-hardware Worldwide. Weather you are in need of new or refurbished systems or spare parts, we can support you with affordable solutions that maximizes your budgets and increases your ROI. Contact our team today.