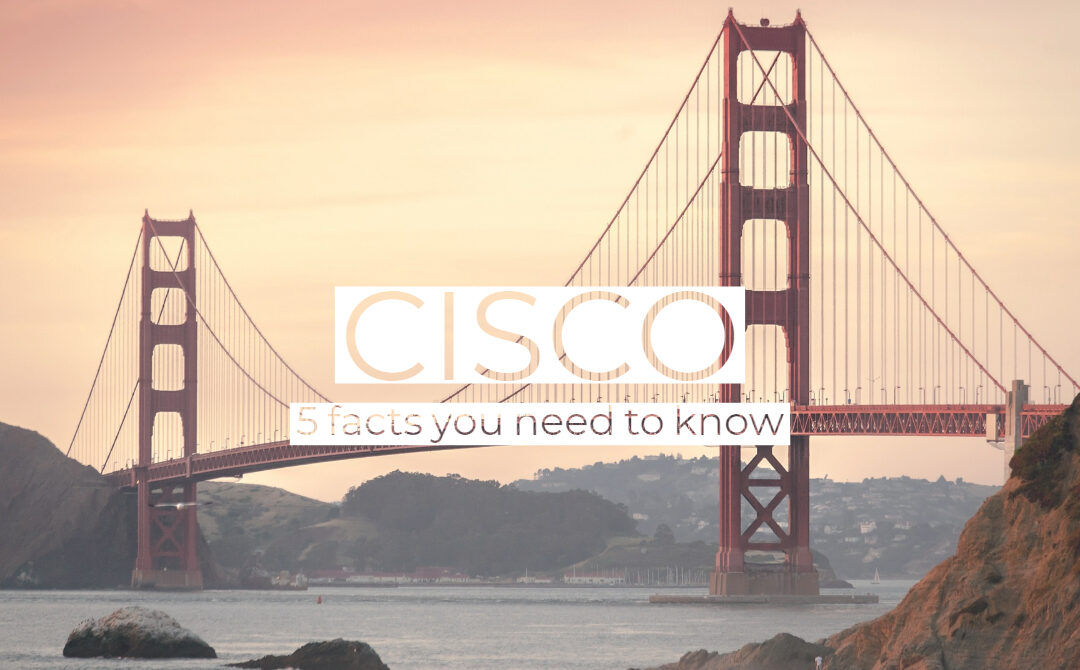 Cisco Systems Inc. was established in 1984 and right now is one of the leaders in the IT market. The company manufactures and designs networking equipment.

But did you actually know that its creation was actually based on love? Have you ever wondered what was the source of inspiration for their logo – doesn’t it resemble something familiar? This article covers amazing facts about Cisco everyone should know. Give it a read.

Love triggered it all

Back in 1984, Leonard Bosack and Sandy Lerner, a married couple working for the Stanford University, invented the multi-protocol router that connected different networks and allowed them to communicate via email, hence they put the basis of Cisco. Only two years later the company shipped the AGS Router for the very first time.

San Francisco – an inspiration for its identity

The company’s name was inspired by the city of San Francisco – the financial and commercial center of California. Even their logo was designed after the Golden Bridge’s shape. The company’s founders were so fond of San Francisco that they decided to represent the city through their business as much as they could.

At the end of the 1980s, Cisco was in need of cash to expand its business. In 1987, the founders turned to Sequoia Capital, a venture capital firm. In 1988, Sequoia appointed John Morgridge as CEO and president. The new CEO did not get along with the funders. In 1990, Lerner was fired from the company and Bosak quit.

In continuous development ever since the 1990s

In the early 1990s, Cisco has worked hard to innovate the IT world. The company grew rapidly once the improved 7000 model router was introduced to the market, in 1993.

Also in 1993, they started buying other companies. Crescendo Communications – its first purchase, allowed them to become a big name in the field of network switching devices. Ever since Cisco has acquired over 170 companies worldwide.

At present, Cisco put together a great portfolio of connections and numbers. It is estimated that the company has over 71,500 employees, 70,000 channel partners, 380 sites in over 160 countries around the world.

During our many years of activity, we specialized in new and refurbished equipment. We are aiming to satisfy all the needs of our customers by offering both spare and complete systems. You can contact our team at cisco@hn-as.com